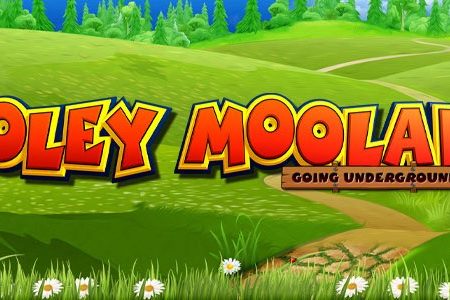 In a quiet suburban garden in the English village of Molesworth lives a friendly mole.
Play Free

He is always digging and delivering prizes. In the base game, he digs for wilds that help you win bigger prizes. Three ‘Moley Moolah!’ scatters awards you entry into the secret garden of the ‘Golden Acorn’ where you will be able to play on up to four different reels and collect golden acorns to win the ultimate prize. Will our mole help you to win big?

The free spins bonus game is triggered by 3 Scatter Bonus symbols appearing on the base-game reels on reels 1, 3 and 5.
These symbols are also WILD.
The bonus awards 12 free spins and can be played on up to 4 reel sets which are activated by collecting ‘Golden Acorn’ symbols from within the feature.
When the ‘Golden Acorn’ symbols appear on the reels during the feature they are added to the meter that displays the number of acorns collected in the centre of the screen.
At certain key stages along the meter, additional reel sets are triggered and become active for the remainder of the free spins. The key stages along the acorn trail are:

The base has a “WILD REELS” modifier that is triggered randomly by an animation involving the cartoon mole above the reels.
At the end of a spin the logo above the reels separates and the mole appears with a small animation to show him holding a placard with the Wild symbol on.
Wilds are then replaced on the reels via the Mole appearing on the reels and using a reveal animation and all wins are paid.
Occasionally a false modifier occurs where the mole appears at the end of the spin as above, but just shakes his head and the game cycle is over.

Welcome to Moley Moolah! Video Slot with a free spins bonus game that is played on up to 4 sets of reels.

Moley Moolah! is a 5×3 Video Slot with 10 pay lines that pay for all adjacent wins on a pay line, meaning any combination of 3 or more identical symbols on subsequent pay line from the left or right will award a win. This slot features 5 high pay symbols and 4 low pay symbols. There is a wild Scatter symbol that substitutes all regular symbols which only appears on reels 1, 3 and 5 in the base game that also triggers the bonus.

• Select your stake.
• Press the Spin button to start the game.

A – Exit – Exits the game and returns the game to the main menu.
B – Information – Takes the player to the help pages.
C – Settings – Takes the player to the setting page where they can set the game to turbo mode or mute the sound.
D – Winnings – Displays the win for the current game.
Time – Displays the current time.
Credit – Displays the player’s account balance.
E – Stake – Displays the current stake.
F – Arrows – Allows the player to change the stake.
G – Autoplay – Players can make the game play without pressing the spin button each time. Choose the number of rounds to auto play by pressing the
Autoplay button. Players must choose additional conditions for when to stop autoplay before commencing. The loss limit or Single win limit prevents
players from losing above a set limit during an autoplay session. Pressing the Autoplay button a second time stops the autoplay.
H – Spin Button – Starts the game. When the reels are spinning, the spin button transforms into the Stop Button. Pressing the Stop Button stops the reels immediately.